How I Built a Team of Culture Catalysts, Part 2: The Vision 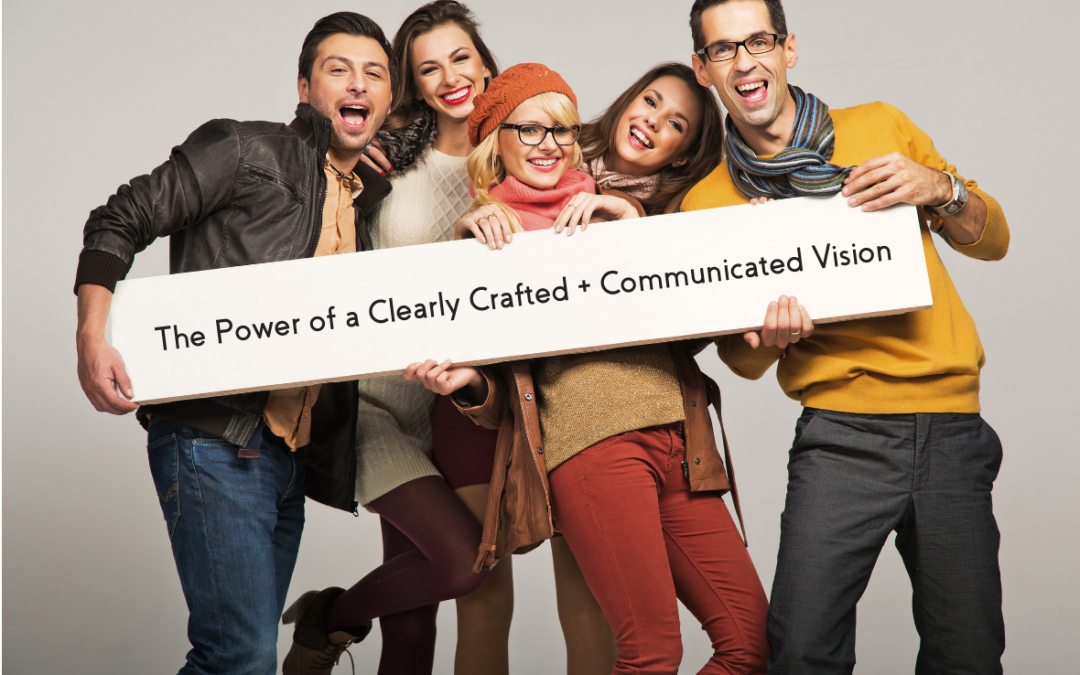 I was frustrated. There was no sense of purpose. No unifying principles that ensured we all understood the higher-level thinking behind decisions or tasks. After having conversations with countless Airmen, I realized that no one knew why they were here. At this point, I had been part of the unit for three months, and I knew something needed to change. As I described in Part 1 of this series, the organization was not fulfilling its mission, was short on morale, and had a workforce of a few hundred 20-somethings who were just going through the motions. Regardless of how long the individual had been part of the organization, the answer was the same:

“We are here to follow this checklist, push these buttons, and accomplish this task for 12 hours, and then go home until the next day.”

On paper, this place should have been a sincerely wonderful place to work. We had fascinating technology, an important mission, and elite training. Furthermore, if you would get these Airmen out of their work environment you would realize they were some of the most talented, creative, and thoughtful humans on the planet. Then why was the culture so flat?

In retrospect, I realize now that my team and I had been ‘debriefing’ our culture since I had arrived. We were trying to identify why were we so ineffective – what were the contributing factors and ultimate root causes? We decided to start with being able to articulate and align with a vision and guiding principles that would apply to our team and the broader organization.

This simple idea, and the resulting years of witnessing the cultural transformation that took place, solidified my belief that anyone in an organization can and should question it, disrupt it, improve it, and ultimately lead it from where one stands. I believe there are two reasons why an inspired vision is absolutely critical to an effective team and organization. It all comes down to The Feels and flocks of Starlings.

I believe a well-defined vision statement can give you chills. The feels, if you will. I believe it should resonate at the fundamental frequency of your belief system. Everyone should know the answers to the questions “why am I here?” and “why are we here?” If you find yourself purposeless, wondering why you are there, then start with trying to define and articulate the vision and where you fit into it.  Here are some of my favorite organizational visions:

When you’re aligned with the vision of your organization, you aren’t counting down the hours until you can clock out. You aren’t “working for the weekend.” You can experience a flow and a joy that can optimize your professional life and allow you to truly take back work. This refrain will sound familiar to any fans of Simon Sinek’s Start With Why or Daniel Pink’s Drive: The Surprising Truth About What Motivates Us. In the realm of influence in individuals and organizational psychology, I am a firm believer that intuitively-based inspiration will win the day over a well-reasoned, logical argument every time. While the well-reasoned argument will make sure I perform a task, the inspired vision ensures I pour myself into a task.

The Starlings
I’m not sure how many of you have heard of scale-free correlations. But it is fascinating! It is a natural phenomenon that can be observed in flocks of starlings, herds of mammals, or a school of fish. The idea that no matter the size of a flock, be it seven or seven thousand starlings, the group seems like it is acting like a single, networked organism. If you have never seen nor heard of this, check out this video of a starling murmuration. At the most basic level, this is a self-organizing, distributed order that results from a combination of localized awareness and certain global principles. Scientists studying these starling murmurations believe that at the individual starling-level, each bird’s behavior is influenced by and influencing the closest seven birds around it. The individual bird behavior is being directed by certain global principles: move away from predators (like hawks and falcons) and toward food (like flying insects).

Similarly, global principles in the form of a well-defined vision can provide an organization with a North Star. Couple this vision with autonomy at the individual and team level, and you have the makings of a highly agile, adaptive, and resilient organization. This is also the basis for Stanley McChrystal’s concepts of shared-consciousness and empowered execution in Team of Teams.

So back to our organization’s problem of not having a North Star.  We decided we wanted to articulate a vision that could both inspire (the feels…) and provide principles of decision-making at the lowest level (Starlings….). In our organization’s operating model, we had independent teams and individuals making decisions on a nightly basis that could have fatal outcomes. The environment in which we operated was dynamic: the physical location, enemy tactics, the supported teams, and hundreds of other variables were changing minute-to-minute. In contrast, our operating model was the polar opposite. We were dependent on a checklist and could not pivot our tactics to react and respond to those changing variables. This is a non-unique problem set, right?  Every organization is dealing with an exponential set of variables, where organizations need to be able to operate at the speed of relevance. How did we go about solving it?

Our process for creating this vision was iterative. We started out with a hypothesis for what could solve our organization’s biggest problem: an uninspired and checklist-based workforce.  We had a rolling whiteboard on which we would craft vision statements and guiding principles. We would come back on a daily and weekly basis and update or refine based on the feedback we received from our operations and workforce. I would not be able to give an example of all the iterations we went through over the first six months. I know we started with seven and ended up with three. These three principles became our vision and North Star.  We began describing it to those around us and our superiors as our team’s vision, but it was quickly adopted and became the guiding principles of our entire organization. Here is what we ended up with:

As a military intelligence unit, there is nothing more important than ensuring the American and allied troops you are supporting are successful. This success is defined by those troops being able to return home safely after their missions and being as precise and lethal as possible when necessary. This is a sacred responsibility. We realized we needed the other two guiding principles as part of our vision due to the historical nature of our mission and organization. To succeed within the operating environment I described above, we needed every Airmen to be conscious of their decisions. We spent a lot of time communicating this vision to the Airmen so they understood it fully, could question the meaning, and suggest updates. They walked away knowing that these principles were a sacred contract with those teams and units they supported, were in priority order, and would enable them to make decisions faster.

This period of time was the culmination of my career as an Intelligence Officer in the Air Force. My team was at the center of an organizational transformation that sparked hundreds of innovations, saw a 300% increase in employee retention rate, and ultimately our mission effectiveness increased tenfold. We made a lot of mistakes along the way (which I am looking forward to sharing in Part 3 of this series). But in the end, providing that North Star was the single most important I think we were able to inspire and connect the Airmen with these principles and help spark a new organizational operating model.